Thanvi, Dhruv emerge winners at the Transgender Kalolsavam in Kerala

Culture“It is lovely that we have a festival like this happening in Kerala. Members of our community often don’t get other venues to perform and present their skills,” said Druv, individual champion among trans men.CrisDruv and TanviIgnoring... 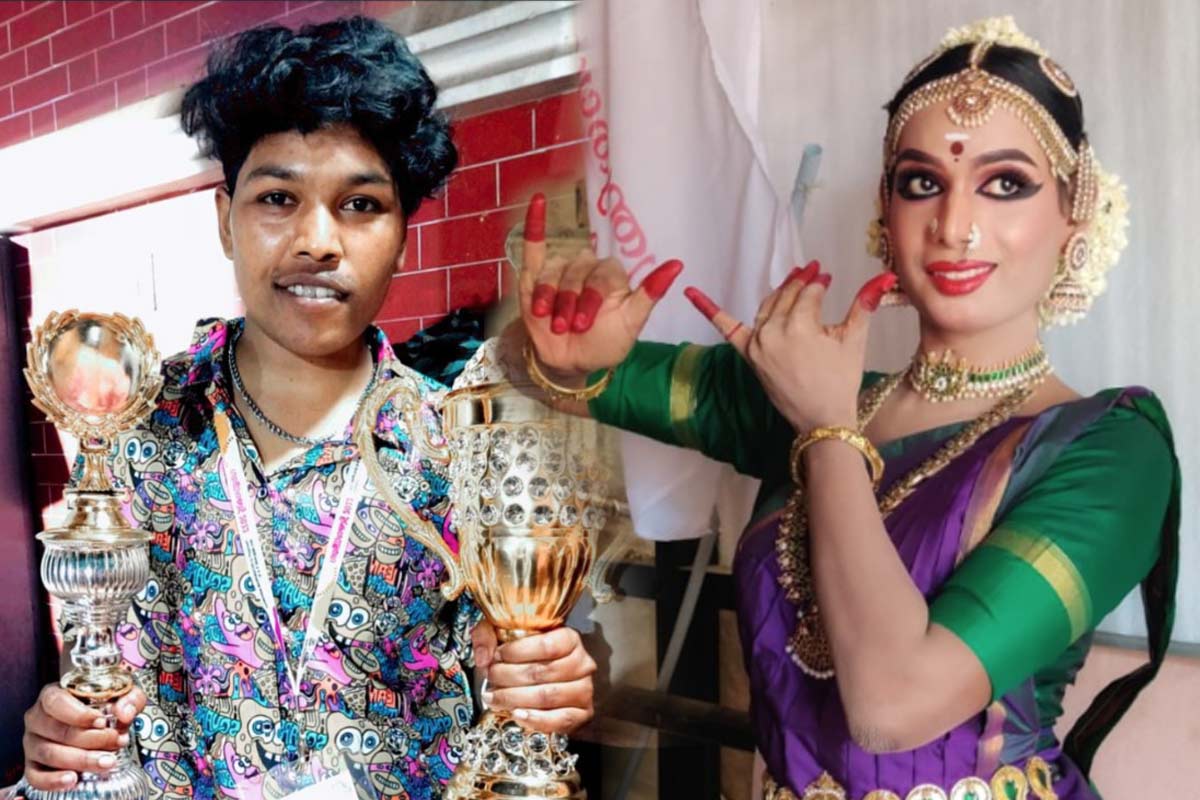 IGNORING the afternoon heat of Thiruvananthapuram, participants of ‘Varnapakitu’, the Kerala Transgender Arts and Cultural Festival, could be seen crossing back and forth between the University College campus and the Ayyankali (VJT) hall across the road.
It was Sunday, October 16, the concluding day of the two-day festival, and both venues were crowded with students from the University and friends of the participants, cheering them as chest numbers were called on stage.
Comfortable in claiming the public spaces, unlike on other days when hostile glances keep them away, trans women and men gathered to cheer their friends and take home some awards. The host city, Thiruvananthapuram, was declared the overall champion.
Thanvi Ragesh among trans women and Druv Liam among trans men emerged as the prathibha thilakams (individual champions).
“It is lovely that we have a festival like this happening in Kerala. Members of our community often don’t get other venues to perform and present their skills,” said Druv, who won first prize in both folk music and mimicry, and came second in national songs.
Thanvi won her prizes in Bharatanatyam (first), Kuchipudi (first) and folk dance (second).
Read More