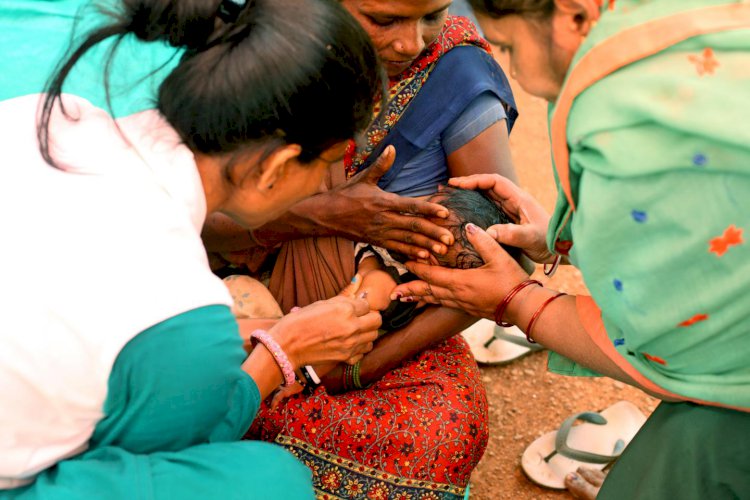 The first death was reported around 26-27 October when three children died within 48 hours.

The city had 233 confirmed cases this year until Wednesday - a three-fold jump from the 92 cases and two deaths reported last year.

Authorities say a sluggish vaccination drive amid the Covid pandemic has contributed to the spike in infections.

The latest reported death, on Tuesday, was of an eight-month-old baby who was partially immunised, the local municipal body said in a press note.

Measles is highly contagious - even more than Covid - and can cause serious complications, especially in children less than five years.

The disease, which causes coughing, rashes and fever, can be prevented by two doses of the mumps, measles and rubella (MMR) vaccine.

There have been several large outbreaks in countries across Europe where MMR vaccine uptake has been low.

Nine in every 10 people can catch it if they are unvaccinated and exposed.

As well as causing a distinctive rash, measles can lead to severe complications such as pneumonia and brain inflammation, and can sometimes be fatal.

Vaccination can remove almost all of these risks.

When a high percentage of the population is protected through vaccination, it becomes harder for the disease to pass between people.

But since the start of the Covid pandemic, there has been a concerning drop in the number of children receiving these vaccines on time.

In 2020, 23 million children missed out on all basic childhood vaccines. That's the highest number seen since 2009 and 3.7 million more than in 2019, according to Unicef.

Authorities in Mumbai say that around 20,000 children did not get their measles vaccine on time because of the pandemic.

Health officials say other issues such as vaccine hesitancy are also hobbling the drive.

"After vaccination, some children develop mild fever and pain in the injected area, so parents don't let them get vaccinated," Shreya Salvi, a health volunteer, told the newspaper.