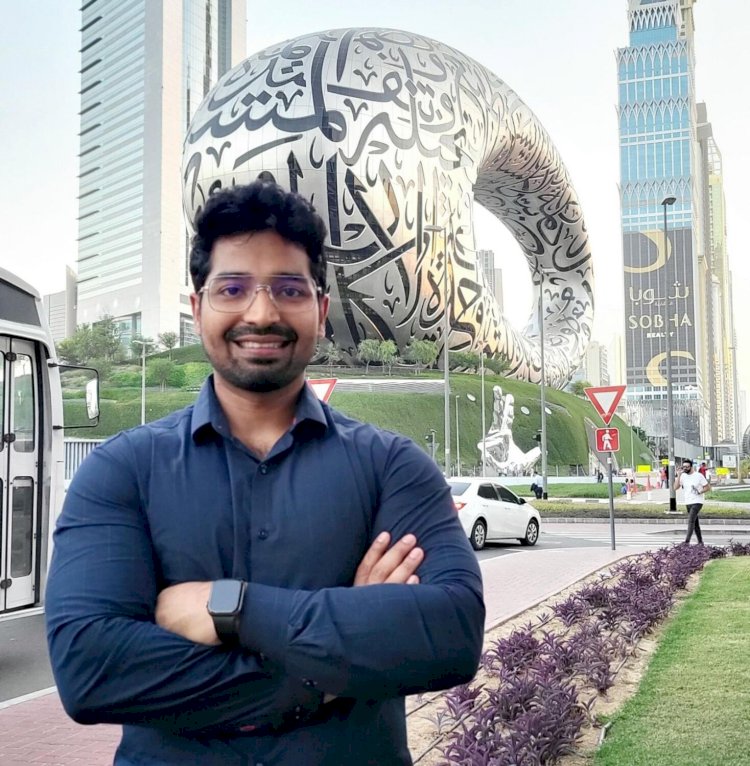 Khaleej Times profiles a 31-year-old tech-savvy entrepreneur from Kerala who seeks to take a leaf out of Dubai’s incredible growth story and deploy such changes in his native place of Malappuram district.

UMER Abdussalam, founder and CEO of the Edapt learning app, has been always enamoured by the way the UAE leadership transformed Dubai from a barren desert into an innovative world-class city.

“By turning my native place of Malappuram into Dubai, I don’t mean recreating another Burj Khalifa, a Museum of the Future or a digital twin of Dubai there, but I aim to improve the lives of the people in Malappuram by empowering them with the right skill sets for the new digital age just like you see it here. I want to help youngsters back home bag high-paying jobs in the future,” Abdussalam said on the sidelines of Gitex Global 2022.

“I have been coming to Gitex for the past six years. Being here, I get inspired by innovators and tech pioneers. The stalls feature technologies like artificial intelligence, 3D printing, blockchain and others – the combination of which is very powerful, and you can see it only here.”

Abdussalam, a graduate in information technology and in political science, was once an Indian civil service aspirant. He came close to qualifying for the elite services thrice: once missing the cut-off by four marks after the final interview. Meanwhile, he helped school students prepare for the civil service exam foundation course.

During the 2016 World Economic Forum, he learnt how the fourth industrial revolution and advanced technologies are driving fundamental changes in the way people live, work and connect.

In 2017, Abdussalam founded Edapt learning app, a startup to prepare children and youth for such a fast-changing world.

“My aim is to introduce children to artificial intelligence, robotics, internet of things, 3D printing, virtual reality, blockchain and coding in addition to their normal school curriculum. These disruptive forces of technology are changing the world and its knowledge will dictate how you fare in the job market.”

Following on the lines of ‘One Million Arab Coders’ by Mohammed bin Rashid Global Initiatives, earlier this year Abdussalam launched ‘100K Malappuram Coders’ – a project along with the local civic body and Edapt learning app to help children learn about digital age platforms.

“As all industries embrace digitalisation, those with coding skills will be in high demand in the future. So, we took a proactive step to teach coding to 100,000 children. It was started in collaboration with the Malappuram district panchayat. It’s a 12-week short course with a focus on 12 core ideas, including food production, space exploration, coding, transportation and agriculture. We sought to expand the choices for children to pursue in the future.”

Since its launch in January, 68,000 students have enrolled and 5,000 have completed the three-month course.

“Once we provide skill sets to children, we are giving them options to try several high-paying jobs. Such jobs, which can be done as a work-from-home model, will help talented girls and women to make a contribution to the economy. If the right skill sets are being created, then Malappuram can be transformed into a high-income economy just like Dubai.”

Additionally, Abdussalam has launched a volunteer campaign to solve problems in society, which look at local civic issues. He has published a book about the fourth industrial revolution – ‘Admirers of Samantha’, published by DC Books. He has inspired a nine-member team of Dubai-based entrepreneurs aged between 20-40 years to join him during this Gitex.

Jio Institute will prepare the next generation of global...