Medical NegligenceFamily members of the boy have alleged that the amputation of his left hand below the elbow was necessitated due to the medical negligence of Thalassery General hospital.TNM StaffA government doctor in Thalassery has been... 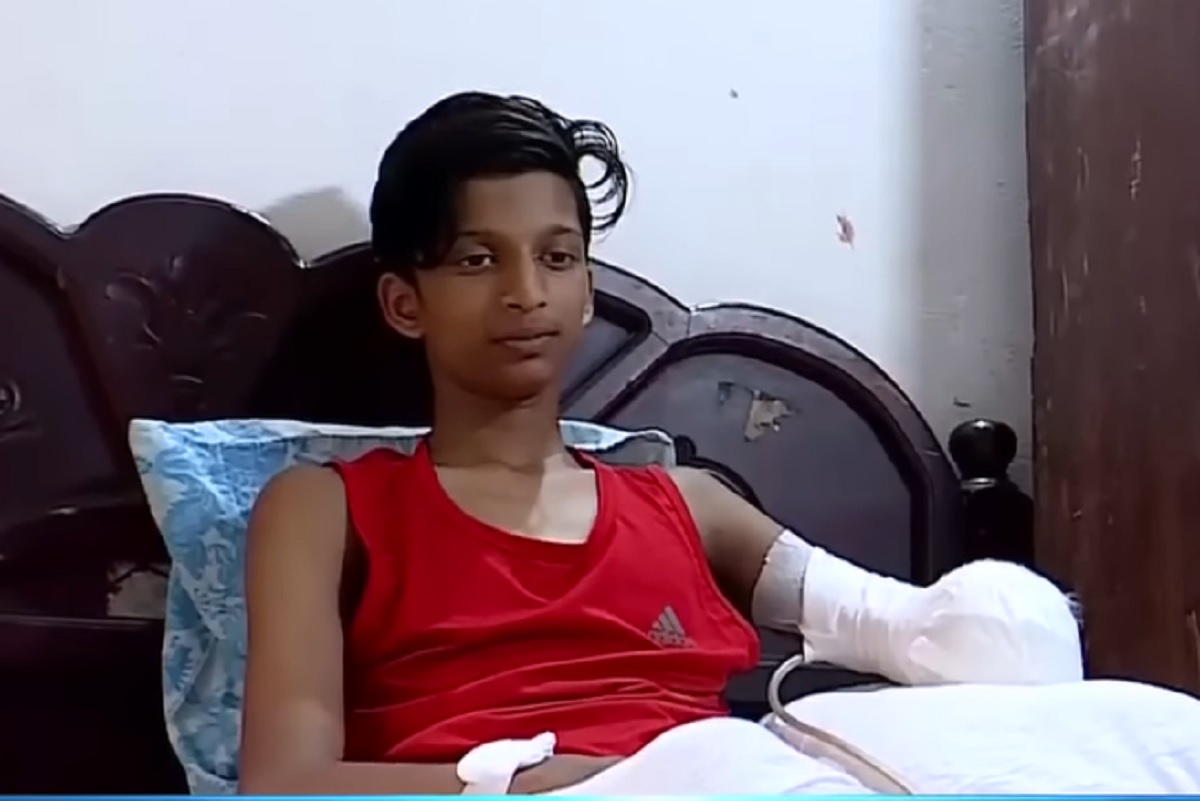 A GOVERNMENT doctor in Thalassery has been booked over alleged medical negligence after the left arm of a 17-year-old boy, who sought treatment for a bone fracture had to be amputated.
Dr Viju Mon, an orthopedic doctor at Thalassery General hospital was booked on Tuesday under IPC 338 (Causing grievous hurt by an act endangering the life or personal safety of others) by Thalassery police based on a complaint.
Family members of the boy, Sulthan Bin Siddhique, alleged that the amputation of his left hand below the elbow was necessitated due to the medical negligence of Thalassery General hospital where he initially sought treatment.
According to the family, the 17-year-old broke his arm while playing football and was admitted to the hospital on October 30.
“He was crying out of pain, they just gave painkillers. That day the doctor said surgery will be required. They did not do anything the next day. His hand turned black by then and it lost sensation. They did surgery immediately. Then they told us only one fracture was corrected, the other cannot be corrected as he had lost blood circulation to that area.
"Twelve days later they told us there was some infection and asked us to shift him to the Medical College Hospital in Kozhikode,” the boy’s mother told the media.
The surgery for bone fracture was scheduled for November 3 but was advanced to November 1, considering the situation. At the Kozhikode MCH, the doctors informed the family that Sulthan would have to undergo treatment for three months and if not corrected the hand will have to be amputated below the shoulder, following which they shifted the treatment to a private hospital.
The amputation was performed at the private hospital. The boy’s family has alleged that negligence in treatment at Thalassery General Hospital made the condition worse. However, the hospital authorities have denied all the allegations.
Read More