ProtestThe protests intensified on November 24 after the construction of a compound wall of the treatment plant, with protestors alleging that they were handled forcefully by the police. TNM StaffScreengrab/ManoramaNewsResidents of Kothi in... 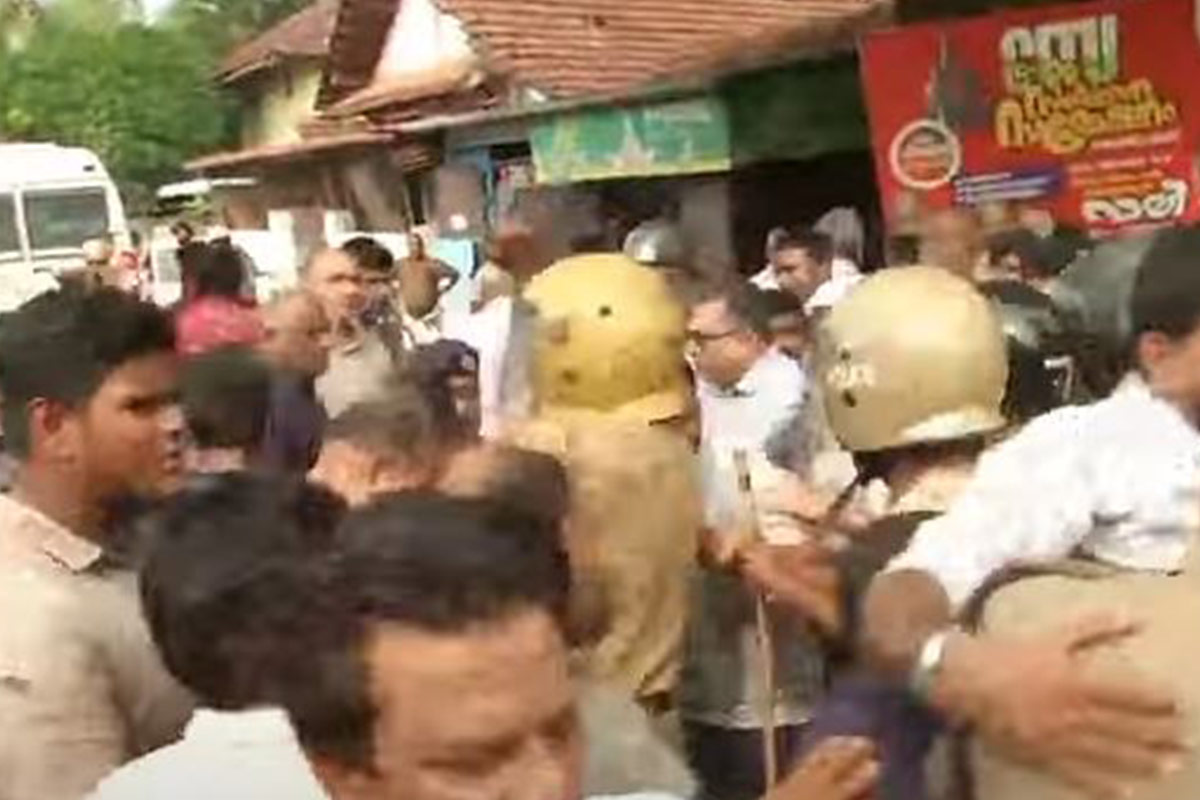 RESIDENTS of Kothi in Kozhikode have been protesting against a proposed sewage treatment plant (STP) in the area for two days. The agitation intensified on Thursday with local residents blocking the road, demanding that the project be scrapped as it may pose a health and environmental hazard.
Many of the protesters were allegedly handled forcefully and arrested by the police. The protest intensified after the Kozhikode Municipal Corporation began constructing a compound wall for the STP. The protesters attempted to stop Corporation officials and workers from commencing the work, in light of which the area saw heavy police deployment.
According to reports, the residents said that the STP construction in the densely populated area would affect the environment and their health. Since the announcement of the project under the first phase of the Atal Mission for Rejuvenation and Urban Transformation (AMRUT), there has been stiff opposition from the local residents.
Political leaders reached the spot on Thursday and attempted to resolve the issue. However, the protesters alleged that the police used force even on children to remove them from the spot.
Kozhikode Mayor Dr Beena Philip alleged a conspiracy behind the protest, questioning why children missed school to participate in the protest.
Further, she also added that the protests against a developmental project were upsetting.
Read More