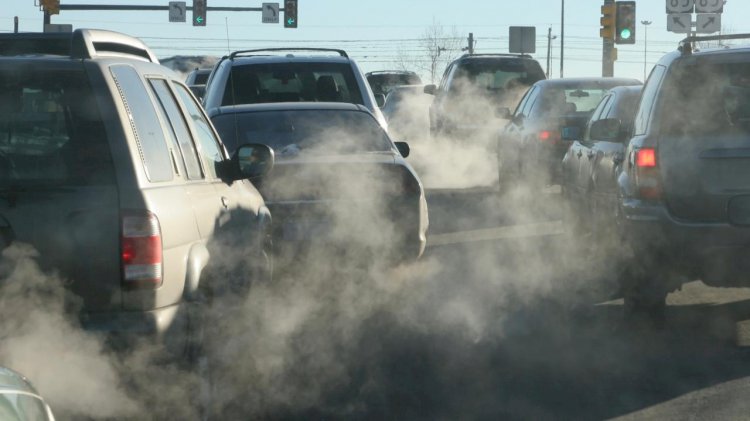 HIGHER exposure to a certain type of traffic-related air pollution called particulate matter may be linked to an increased risk of dementia, according to a meta-analysis published in the October 26, 2022, online issue of Neurology®, the medical journal of the American Academy of Neurology.

Researchers specifically looked at fine particulate matter, PM2.5, which consists of pollutant particles of less than 2.5 microns in diameter suspended in air. The meta-analysis included all available studies on air pollution and risk of dementia.

“As people continue to live longer, conditions like dementia are becoming more common, so detecting and understanding preventable risk factors is key to reducing the increase of this disease,” said study author Ehsan Abolhasani, MD, MSc, of Western University in London, Canada.

“Since a report by the World Health Organization showed that more than 90% of the world population is living in areas with higher than recommended levels of air pollution, our results provide more evidence for enforcing regulations for air quality and accelerating the transition from fossil fuels to sustainable energies.”

For the meta-analysis, researchers reviewed 17 studies. Participants were over age 40. Across all the studies there were more than 91 million people. Of those, 5.5 million people, or 6%, developed dementia.

The studies adjusted for several factors that affect a person’s risk of dementia including age, sex, smoking, and education.

Researchers compared rates of air pollution exposure for people both with and without dementia and found that people who did not develop dementia had a lower average daily exposure to fine particulate matter air pollutants than people who did have dementia.

The U.S. Environmental Pollution Agency (EPA) considers average yearly exposures up to 12 µg/m3 to be safe. Researchers found that the risk of dementia increased by 3% for every one microgram per cubic meter (µg/m3) increase of fine particulate matter exposure.

“While our meta-analysis does not prove that air pollution causes dementia, it only shows an association, our hope is these findings empower people to take an active role in reducing their exposure to pollution,” Abolhasani said.

“By understanding the risk of dementia through exposure to air pollution, people can take steps to reduce their exposure such as using sustainable energy, choosing to live in areas with lower levels of pollution and advocating for reduced traffic pollution in residential areas.”

They also looked at nitrogen oxides, which form smog, nitrogen dioxide, and ozone exposure, but did not find significantly increased risk when these other classes of pollutants were considered alone.

A limitation of the meta-analysis was the small number of studies available on this specific topic. Abolhasani said more studies are needed. Learn more about dementia at BrainandLife.org, home of the American Academy of Neurology’s free patient and caregiver magazine focused on the intersection of neurologic disease and brain health.

The American Academy of Neurology is the world's largest association of neurologists and neuroscience professionals, with 38,000 members.

The AAN is dedicated to promoting the highest quality patient-centered neurologic care.

A neurologist is a doctor with specialized training in diagnosing, treating and managing disorders of the brain and nervous system such as Alzheimer's disease, stroke, migraine, multiple sclerosis, concussion, Parkinson's disease and epilepsy.

War in Ukraine: What are tactical nuclear weapons? An international security expert...

Europe likely entering another Covid wave, says WHO and...

Which leisure activities are linked to lower risk of dementia?

Next Covid strain may be more dangerous than Omicron, study...