controversyActor Shakeela, popular for her work in soft pornographic movies, reacted by saying this is not happening to her for the first time.TNM StaffFacebook|Omar LuluMalayalam film director Omar Lulu has alleged that he was denied the venue... 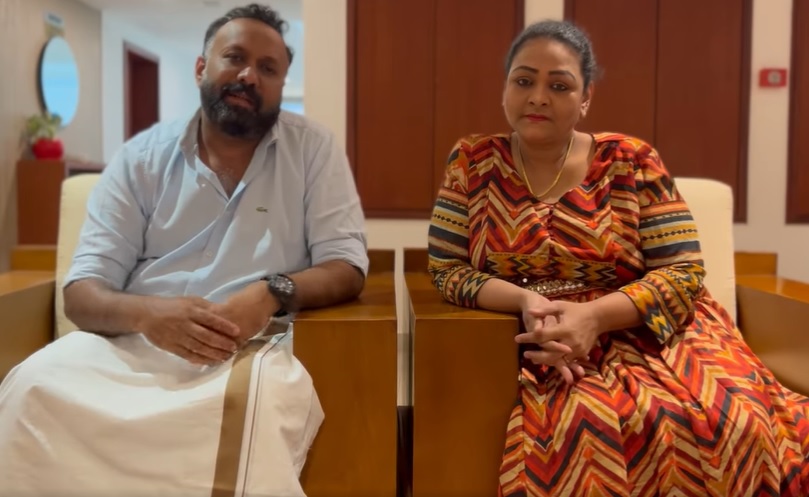 MALAYALAM film director Omar Lulu has alleged that he was denied the venue for his movie trailer launch at Kozhikode Highlight mall as actor Shakeela was the chief guest at the function.
On November 19 Omar Lulu and Shakeela explained what happened in a video. “We had planned our trailer launch at Kozhikode Highlight mall. The problems arose when they came to know she (Shakeela) was the guest. Initially, they cited security reasons but later informed me that the programme can be conducted without her. But we cancelled the programme,” Omar Lulu said while apologising to Shakeela.
Shakeela, who is popular for her work in soft pornographic movies, also reacted in the video saying this is not happening to her for the first time, “It has been happening to me for many years. I feel really bad and hurt. You yourself gave me this position and you don’t accept me, I don’t know why, “ she said.
The director had planned the trailer launch of his new movie ‘Nalla Samayam’ on November 18. The movie which is given an ‘A’ certificate is expected to hit theaters on November 25. Omar had recently declared the release date of the movie by announcing, “My first Adult rated movie is launching.”
Actor Irshad plays the lead role in the movie, while many other actors are newbies. Actors Vijeesh and Jayaraj Warrier also appear in major roles.
Omar’s previous movie Chunkzz starring Honey Rose, Balu Varghese, Vishak Nair, Hareesh Kannaran, and Mareena Michael had received flak for sexism, misogyny, and racist remarks.
The movie was also cirticised heavily for dialogues with sexual innuendos. Many reviewers had then wondered how the movie received a clean censor certificate.  Omar is also the director of Happy Wedding, Dhamakka, and Oru Adaar Love.
Read More

Kerala’s IFFK to screen 32 films by woman directors from...

My South Indian accent was frowned upon: Deepika Padukone