Asian Winter Games to be held in Trojena, Saudi Arabia, in 2029 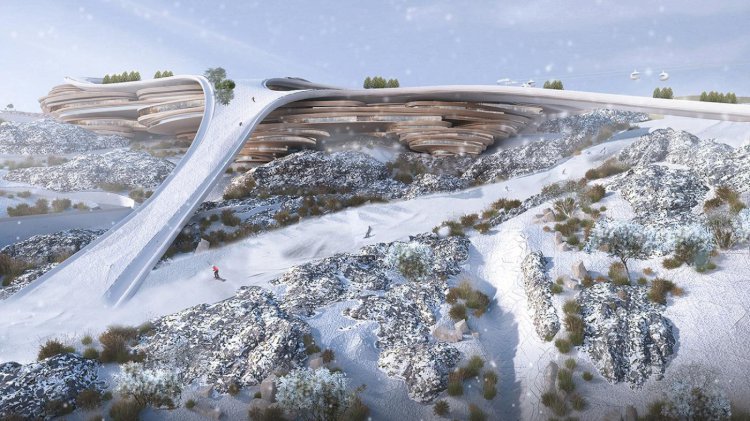 Saudi Arabia says it will build a mountain skiing destination complete with a vertical folded city and man-made lake.

SAUDI Arabia has won the right to host the Asian Winter Games in 2029. The Games will take place in Trojena, Neom city, a planned mountain resort that is due to be completed in 2026, reports the BBC.

Surrounded by the Sarawat mountains, temperatures are cooler in the region and it aims to be a year-round destination for winter sports.

Neom chief executive Nadhmi Al-Nasr said the venue "will have a suitable infrastructure to create the winter atmosphere in the heart of the desert".

The tourist destination will have the Gulf's first outdoor ski resort, a man-made freshwater lake and is planned to be powered by renewable energy.

There will be natural snow on the mountains but some artificial snow will also be used.

It is the latest event to be hosted by Saudi Arabia as they increase their presence in sport - leading to accusations the country is using sport to enhance its reputation following criticism over its human rights record.

In August, British boxer Anthony Joshua fought Oleksandr Usyk in the city of Jeddah, while the controversial LIV Golf league is funded by Saudi Arabia.

In October 2021, a Saudi Arabian-backed £305m takeover of Newcastle United was completed.

The decision to host a winter sports event in Saudi Arabia has drawn criticism too. Madeleine Orr, from Loughborough University's Sport Ecology Group, told BBC Sport: "From a business standpoint, it makes complete sense to go to a new market and try to grow winter sport there."

But she added: "These growth goals are antithetical to environmental goals: there's no version of a winter sports event in Saudi Arabia that will be sustainable as it will require enormous water and energy resources, indoor sports spaces and an insane amount of travel."

Dhoni back as Chennai Super Kings captain as Jadeja relinquishes...