A spiritual newspaper in Kerala has become the subject of funny memes: Here’s why

The outrageous claims of Kreupasanam newspaper being put to miracle work resulted in many hilarious memes—one of them was about a lizard that metamorphosed into a dinosaur after it fell on it.Haritha JohnLast week, social media users in Kerala... 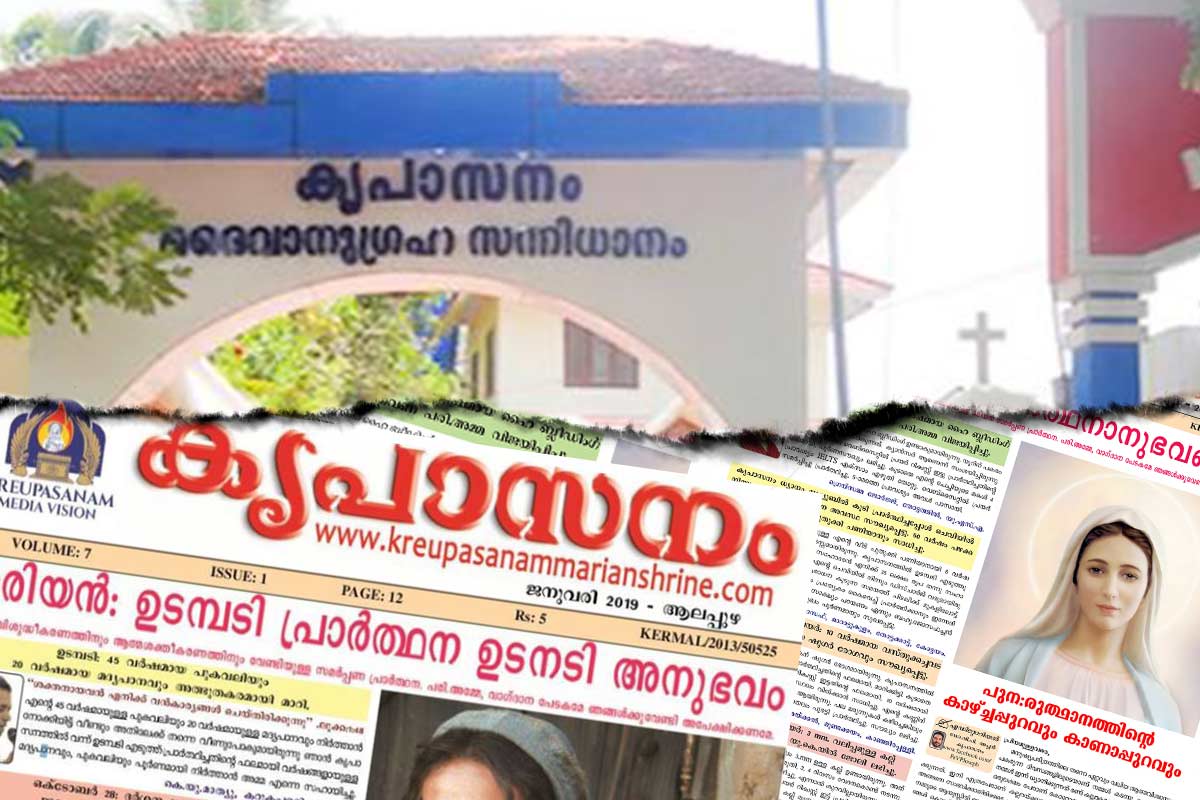 LAST week, social media users in Kerala were treated to a meme fest over a spiritual newspaper published by Kreupasanam Marian Shrine, a retreat centre under the Diocese of Alappuzha, known for faith healing.
The source material for the rib-tickling memes was video testimonials by hundreds of people expounding the miracles wrought by the newspaper when ingested in multiple forms, worn on the forehead after turning into ash or folded and kept under the pillow while sleeping.
While all kinds of faith healing, practised across religions, defy reasoning, the Kreupasanam (which translates as the seat of mercy) testimonials were mocked mercilessly by many as they were considered to be preposterous.
The outrageous claims of Kreupasanam newspaper being put to miracle work resulted in many hilarious memes. One of them was about a lizard that turned into a dinosaur after the hapless creature fell on the miracle newspaper.
Another showed a humble dal vada that turned into a juicy burger after it was wrapped in Kreupasanam paper. In one of the videos, a school teacher claims that her former student who had depression was healed after eating a piece of the Kreupasanam newspaper. The boy was fed the piece of paper along with chutney by his mother on her advice and was ‘cured’, the woman claimed.
Other videos give the credit for miracle work to statuettes of Virgin Mary, bottles of holy oil or honey from the Kreupasanam Marian Shrine. The holy oil, according to a video testimony by a medical doctor, helped lower the temperature in a patient with kidney stones and ‘cured’ another one without having the need to undergo surgery.
The honey from Kreupasanam ‘cured’ his youngest son who was suffering from stammering, the doctor claimed. In another testimony, a woman speaks about a battery swallowed by her son and was seen in an X-Ray image mysteriously disappearing from the intestine after Kreupasanam oil was applied.
Recently, a video of actor Dhanya Mary Varghese, in which she credits her brother’s wedding to Kreupasanam ‘udambadi’ surfaced resulting in criticism that celebrities are endorsing superstitions.These testimonials can be found on the YouTube channel of Fr VP Joseph, the director of the retreat centre, popularly known as VP Achan.
Recently, he was in the news after being admitted to a hospital due to fever. The retreat centre however maintains that the newspaper Kreupasanam is being published to propagate Marian messages and they have never claimed that it has any miraculous powers.
Read More

War in Ukraine: What are tactical nuclear weapons? An international...

PERSPECTIVE: A new India is on the horizon

Nine years after its launch, a research institute in Kerala...

G20’s criticism of Russia shows the rise of a new Asian...

Remembering the India-Sri Lanka accord and how it was derailed