ReviewSenna Hegde who made the wonderful ‘Thingalazhcha Nischayam’ takes a more commercial approach to comedy in this film, which is enjoyable in most parts.CrisKanhangad, or at least the parts of Kanhangad in Kerala’s Kasargod district where... 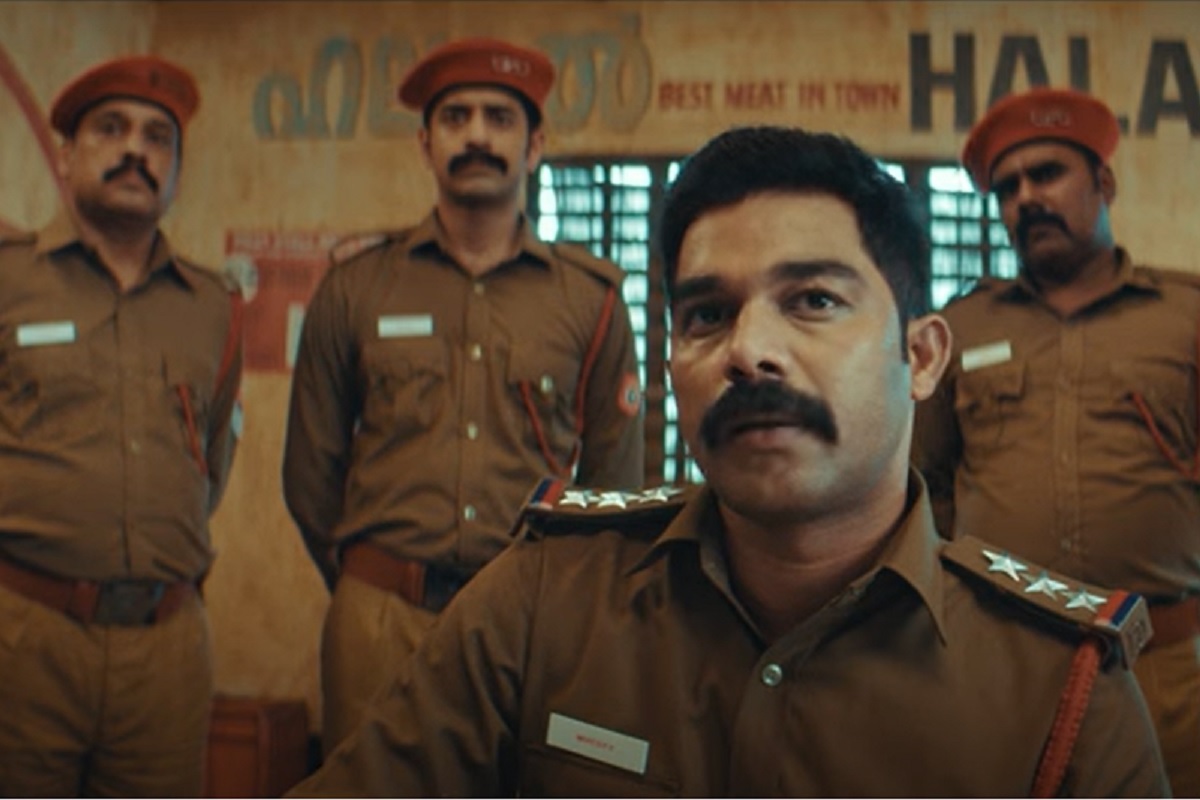 KANHANGAD, or at least the parts of Kanhangad in Kasaragod district where Senna Hegde places his new Malayalam film, is so charmingly rustic with muddy red roads and prettily lit bars that it looks partly like a Western of the 1960s.
Minus Clint Eastwood, the setting has got everything, complete with the sound of a pistol that goes off every now and then. 1744 White Alto is a raw comedy, enjoyable in most parts, slightly off-putting towards the end, anchored on an unfitting mix of the personal and professional life of a police officer.
But Senna is a master caster and all the actors, beginning from the emphatic Sharaf U Dheen to the newcomers, make it a comfortable ride. Unlike his award-winning first release Thingalazhcha Nishchayam, most of the actors are known faces in 1744 White Alto.
Sharaf U Dheen plays the police officer mentioned earlier – Mahesh -- leading an interesting lot of subordinates in a place his mother (Sminu Sijo, wonderful as always) calls a pattikaadu (remote, secluded village).
When they hear about a white car carrying two suspicious characters, three policemen embark on an unusual chase in the night. The one driving (Sajin Cherukayil) is a car fanatic and makes half-witted suggestions that the other two – an English-speaking engineering dropout (Arun Kurian) and a senior officer – gladly agree with.
Mujeeb Majeed’s music is an unhampered companion to the smoothly flowing script that Senna wrote with Sreeraj Raveendran and Arjunan. It is only towards the end that the music explodes into multiple directions, and the English lyrics almost seem like an extension of the 1990s comedies that one of the two rowdies likes to watch on TV.
Anand Manmadhan plays this character which is written with a lot of detail. He has a speech disability and bursts into angry tantrums that land everyone around him in trouble.  Rajesh Madhavan plays the other thug, quite easily the tougher one even at half the size. These two and the three policemen chasing after them make for a good part of the fun, all delivered with admirable ease.
Read More

My South Indian accent was frowned upon: Deepika Padukone

Opening New Innings: Shikhar Dhawan Will Be Seen In 'Double...

Drop use of ‘pan Indian', just call it an Indian film:...

The Mohanlal-Sreenivasan chemistry that has woven on-screen...